The famous big red letters have finally found their way to the very north of Germany! To celebrate the first ever TEDx-event in Kiel, the Media-Group has created a short trailer showing the arrival of the letters on stage at the Kulturforum, the place where it will all come together on December 2nd 2015.

In this post, we want to give you a glimpse behind the scenes of the filming that has been done in close collaboration with the guys at ELK Media, Halkert and Torben, who will also be responsible for recording the live event later this year.

Before we could start shooting the first scenes, we had to come up with ideas of what we want the trailer to look like and what kind of message we want to convey. After some serious brainstorming, we eventually settled for the idea now represented in the final result which you can find below the post.

Since we got the red letters from our friends at TEDxOdense, we thought that filming their arrival at the Kulturforum would be the most suitable storyline. They where literally „crossing frontiers“ in order to get to Kiel, and we picked up that idea by showing three different people carrying them by car, by bike, and on a longboard – as if they where coming straight from another TEDx-event. By that we also wanted to emphazise the interconnectedness of the TED(x)-community.

To keep it simple, we didn’t search for actors, and just sticked with our available resources inside the Media-Team. Christine drove the car, which we borrowed from a friend of hers, Henry rode his bike, and Kevin, a friend of Christine, was able to show off his Longboarding skills.

When the day of filming eventually arrived, we where accompanied by perfect weather conditions. The sun showed up and it was nice and warm outside. A great day to get up in the air and shoot some nice sequences with a drone, Halkert’s special camera toy that astonished all of us with its amazing flying skills and speed. And not just us by the way. Quite a few other people stopped by to check out what was going on in the air and on the ground. The most common question: „How much does it cost?“ The answer: Luckily enough money to prevent most people from darkening the skies with an army of drones.

Halkert and Torben were responsible for directing, cinematography, and the post-production of the final video, using a professional DSLR-camera as well as the aforementioned drone. In order to work time-efficient, the three scenes showing Christine, Henry and Kevin driving their respective vehicles where all shot at Diederichsenpark, close to the Kieler Förde. Later we went to the Kulturforum to shoot the final scenes. The guys over there graciously opened their doors for us and let us film inside the event location.

Overall it took us pretty much exactly three hours to finish the filming, which was way faster than we had expected due to some last minute improvising.

The excitement of this experience was closely followed by an eager anticipation of the final result. All of us had never been in front of a camera at a film set, so you can image our curiosity when Halkert presented us the first version of the trailer – which turned out to be pretty amazing. We suggested some minor changes and corrections here and there, and are now proud to present you the final result.

We hope you enjoy it and share it with your people to help us spread the word that TEDx is finally coming to Kiel! 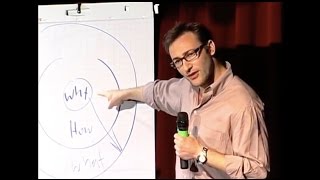